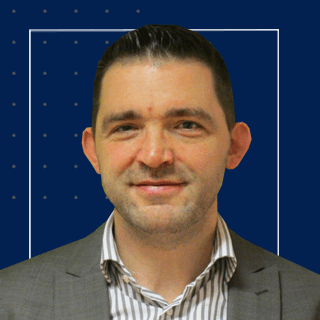 For more than 23 years, Wim Demey has been active in software testing and has evolved to a generalist covering different aspects and roles within testing. Driven by versatility and a great eagerness to learn new things, Wim is always looking how and where he can stretch his comfort zone to manage new challenges. He has a special interest in more technical topics like performance testing, test management tools and AI.

Is Survival of the Fittest Only for the Fastest?

The world of testing has evolved a lot over the last decade. Manual testing is under pressure by a lot of fast rages like test automation, CI/CD pipelines… And so one can wonder if traditional manual testers still have their place and will remain relevant within the future.
But those fast rages are not always ‘hallelujah’. And that is for me one of the main arguments why manual testing will always remain relevant.

Especially when we look to test automation, it is a fact that this is not always successful. To my opinion, this is due to 3 main reasons: automation fake news, automation blindness and automation paradox.

Automation fake news is about the promises -made by tool vendors, test automators to customers, management- but aren’t always fully realized in practice. Some examples: unattended testing, one-click automation. Automation blindness is about the tunnel vision test automators have by ignoring questions like «Which data combinations are relevant to automate? Do we really need to execute all data combinations?». Furthermore, test reports are not always analyzed in depth. Why do we get a fail? Is this an application failure or a failure introduced due to our own automation code?

Another argument for the relevancy of manual testing is the increased complexity of things. This makes it in some cases even not possible or not efficient to automate things.
But… manual testing has evolved and needs to be adapted to this changing world.

For manual testers, this requires other and/or adapted skills like:
— Transform to a no-sheep tester
= stop with complaining like bleating sheeps that we don’t have proper, complete requirements or about unstable builds. Instead use such a situation to show our added value as a manual tester by applying techniques like exploratory testing, sanity & smoke testing
— Get a fika
= it is a Swedish tradition to build in fixed moments in the morning and afternoon to drop your work and socialize with colleagues to talk about everything else than work. Manual testers should participate in such fika’s because you get indirectly a lot of crucial information to read the mindset of your stakeholders and remove impediments.
— CRUD the crap
= just like the English slang expression ‘Cut the crap’, testers should provide info to the business in a no-nonsense way. No bullshit and especially don’t overwhelm your stakeholders with hard figures. At the end, stakeholders are mainly interested in the fact if the applications/software meet the requirements of a C(reate), R(ead), U(pdate), D(elete) test.
— Think glocally (and no, this is not a typo 🙂
= manual testers have to keep a helicopter view in complex application landscapes & architectures. Especially with regards to the preparation of test data for E2E tests, time travels, manual testers can play a crucial role and show their added value by setting up the test data and guarantees the data consistency between the different applications & components

Conclusion: survival of the fittest is not about the fastest, but about the smartest where test automation and manual testing are complementary.