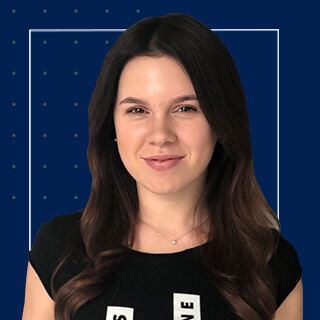 Experienced QA Guild Leader passionate about Agile Testing, Test Automation, building quality on all levels and bringing value to products and teams. Authorised ICAgile Instructor in Agile Testing. Founder of Alpha IT School where we educate QA engineers at different levels. Recently joined WomenTech Network as Global Ambassador. Growing as a public speaker, willing to share my knowledge as trainer and consultant.

Developers writing e2e tests is a great practice. It makes code testable, provides a fast feedback loop, and helps to shift QA left. But it doesn’t mean that developers love to do it. Moreover, in most cases, they were not taught how to do it correctly, which makes tests flaky and creates a big pain in the ass.

We’ve recently started the transition from QA-only writing tests on Java to developers writing e2e tests in JS. We needed to convince teams that this new approach is amazing and help them make it a part of the culture. We needed to “sell” it to our target audience — Front End developers.

The process was not that fast. Almost every time Yevheniia just said «»e2e tests»» close to the developers they started imagining thousands of failing builds and years of debugging. And started to cry, kidding:) Eventually, she’s started to notice, that there are some things that make this process more smooth and attractive. We’ve created our list of tips to help developers write meaningful coverage and love it at the same time.

But wait, this talk is for QA Engineers, where is their place in this process? Will it mean they will never write tests again? Trust her, there will be a huge room for their work. She believes QA is the best person to make such changes happen and continue working along the way.  She wants to show how moving e2e tests writing to developers can become a next-level task for QA engineers.